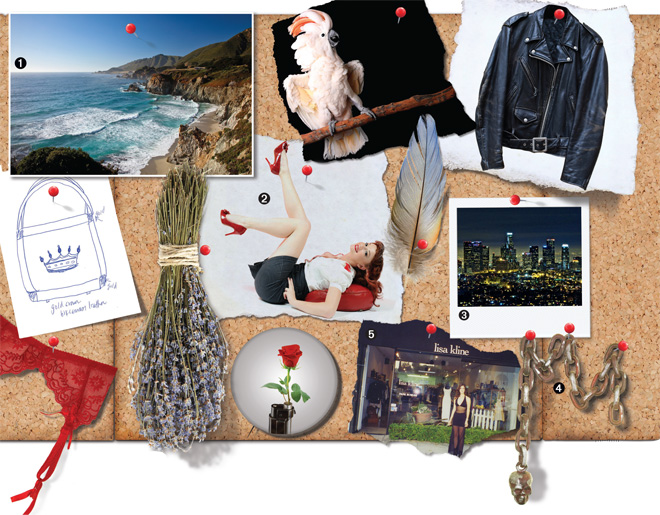 Ever since Lisa Kline was a fashion-obsessed nine-year-old living in Encino, she dreamed of opening her own clothing store. Diagnosed with scoliosis, she was confined by a back brace and a wardrobe of elastic waistbands, while classmates flaunted the latest designer jeans. “I lived for fashion and couldn’t wear any of it,” says Kline. “I was tortured.” At 25 she opened her first boutique on Robertson Boulevard. Celebrities and label hounds came in droves to the little-known street to snatch up soon-to-break brands. By 2006, she had five stores, all in Los Angeles. Then in 2009, at the height of the recession, her husband died in an accident at their Malibu home and her businesses began to fail. “It was an implosion,” says Kline, who closed all her stores except the men’s shop.

“It was difficult to let go of my stores,” she says. “My identity was so wrapped up in them.” In February Kline will move beyond brick and mortar with a new Web site called Vaniti, an online Robertson Boulevard with virtual storefronts featuring her handpicked lines and a reinvented Lisa Kline boutique, this time stocked with her own label. “People always thought I was a designer, so it’s the next logical step,” she says. Her first collection will include bags, leggings, belts, and jewelry. “I don’t know where everything is going to land,” says Kline. “But I do have an agenda now, and this is the future.”

My Inspiration Board
1. “Cabo is where I relax. It’s a place for me to refuel.”
2. “I’m really into pinup girls. My bathroom is wallpapered with them.”
3. “I like looking at pretty, sparkly things, like the city lights of Los Angeles.”
4. “I love big, thick zippers, skulls, chains, studs–you know, grrrr-glamour.”
5. “I wish I was a rock star, but I can’t sing so in this life I’ll just be the fashion rock star.”